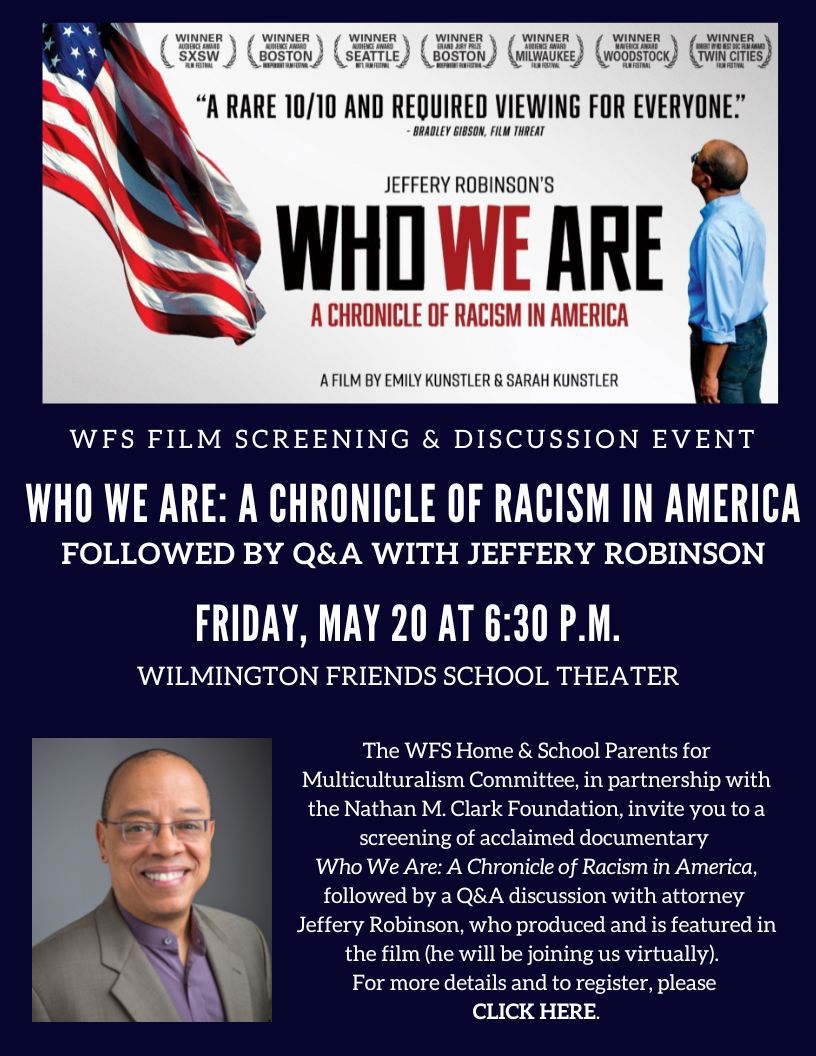 We hope you will join us for a film screening and discussion with criminal defense and civil rights attorney Jeffery Robinson on Friday, May 20 at 6:30 p.m. in the WFS Theater.

The film, Who We Are: A Chronicle of Racism in America, features Robinson and interweaves lecture, personal anecdotes, interviews, and surprising revelations as he draws a stark timeline of anti-Black racism in the United States. Described by critics as powerful, moving, and a "must-see," the film is a New York Times Critic's Pick and was an audience award winner at the SXSW Film Festival.

We are thrilled that Robinson will be joining us virtually for a Q&A discussion after the film. He is founder and CEO of The Who We Are Project, a nonprofit organization working to change the narrative on our shared history of anti-Black racism in the U.S. Robinson has four decades of experience working on criminal and racial justice issues in his private practice as a lawyer, lecturing across the country, and then as a Deputy Legal Director and the Director of the ACLU’s Trone Center for Justice and Equality.

There will be a reception in the Java Nook before the film with light refreshments starting at 6:00 p.m. Please RSVP below if you are able to attend, and feel free to share the invitation with family, friends, and colleagues.

The Nathan M. Clark Foundation is committed to adding to the quality of life in and around Wilmington, Delaware and Philadelphia, Pennsylvania by supporting arts, culture, and redevelopment initiatives.